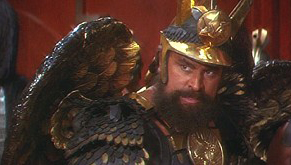 Even after a lifetime in the business I still see things I’ve never seen before. This week it was a mother giving her kids ear defenders to wear while watching the film. Really? Why not go the whole hog and give them blindfolds in case there’s something mildly offensive in there as well?

Honestly, despite what some people think, cinema sound cannot damage your hearing. There are too many quiet bits. It would have to be the tornado scene from Twister on repeat for two hours before that were to happen, even then we’d have to run it on 11.

Those of you who followed our old message board will be familiar, or even bored, with this debate, but maybe it’s worth revisiting for new readers. I’m always keen to hear comments as it’s something that confuses the hell out of me.

There’s nothing arbitrary about our sound at The Picture House, I’ve spent a lot of time and money trying to get it right. It’s bloody good, even if I say so myself. Not perfect, but if I won the lottery it would be.

When we do get complaints it’s too loud they tend to come from our older patrons. The popular refrain, and misunderstanding, is that it’s too loud for a small theatre. Unlike most things in life, size has nothing to do with it.

Let me explain. The sound system is carefully calibrated with all manner of microphones and spectrum analysers to give exactly the same sound pressure level from each speaker when you turn the volume knob to 7, as the system  in the dubbing theatre where the film is recorded. Did you get that? In other words, when I turn the volume to 7, it’s exactly at the level the director wants you to hear the film.

As I see it our job is to be as transparent as possible to the film making process. Cinemas have the ability to really spoil everyone’s hard work if they’re not careful. A producer spends millions of pounds on a film, thousands of people have sweated blood to get it finished, the least we can do it show it properly. Those millions of dollars count for nothing if the picture is out of focus and the sound is rubbish. So I feel we have a great responsibility, one that I take rather seriously.

The dynamics of good cinema sound are one of the reasons for coming surely? We can turn it down, but then all the guts fall away, making the sound lifeless and uninvolving. Given the way films are mixed you would also fail to hear the dialogue.

In fact there is a way to tell if the film is at the right level. Don’t come storming straight out to complain that it’s too loud after watching the opening scene where the fleet of spaceships crash lands in the middle of a WW1 artillery bombardment, wait until it’s calmed down and if the speaking is at a comfortable level, that isn’t drowned out by the sound of someone opening their Maltesers, then it’s on the right setting.

It just means the director really wanted you to feel those shells landing.

I certainly don’t want to give the impression we get a great number of complaints about volume levels, but it comes up periodically. I had a phone conversation with a chap last week who was going to “report us to the  health and safety”. What’s difficult to explain to him is maybe he feels that way, but there were a hundred other people in that cinema and the chances are it wasn’t too loud for them. In fact people travel to Uckfield because our sound is so good.

The final conundrum for me, and the crux of it as far as I’m concerned, is I don’t stand in the theatre thinking, boy that’s loud, but I love it, sod you all. To me it sounds spot on.

It feels like someone is complaining that something is too good. Which is weird. Then they think I’m being difficult when I disagree. I’m not, honestly. Well maybe a bit, but it’s my game isn’t it?

One of Britain's oldest purpose built cinemas. Kitted out with state of the art digital projection and stonking Dolby Digital in all three screens. First run films, live by satellite opera, ballet and concerts. Once a month we have live stand up comedy. It's like the TARDIS only with no flashing blue light on the top, although I could get one if it would make you come to the cinema more often.