You wait all year for a new blog post and then two come along at the same time.

It’s not been a bad year at all, I assumed we would see quite a dip without the behemoth that was Skyfall but the combined power of The Dench in Philomena and Gravity sort of filled the gap. We love The Dench.

So here are our top films of the year, once again we run contrary to the national chart, which can be found here in Charles Gant’s really brilliant Guardian Box Office column.

I don’t think there are too many cinemas out there that recorded Quartet as the second biggest film of the year. Planet Uckfield again.

What we clumsily call Alternative Content or the preferred Event Cinema, is the big news box office wise. Live opera, ballet and particularly theatre now account for over 15% of our ticket sales. The top titles in 2013 were: 1. The Audience 2. Richard II 3. Othello 4. People 5. Nabucco 6. This House 7. The Magistrate.

As you can see, apart from Nabucco they are all NT Live, remarkable. This side of things is only going to grow.

So here are the top films for 2013, I sincerely hope you enjoyed those you saw and that 2014 will be equally groovy.

More emoting than has ever been put on the big screen.
A film that starts at 11 and pretty much stays there. Our biggest film by quite some margin. 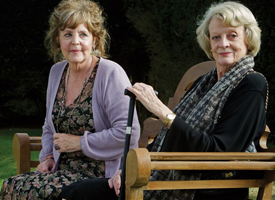 More feisty veteran acting than has ever been put on the big screen.
If they’re going to make a sequel they should probably pull their finger out.

The number one film everywhere else. Despicable Me 3 an inevitability.

More Judi Dench than has ever been put on the big screen.
Even they can’t make a sequel to this one.

5. The Hobbit: The Desolation of Smaug

Hello and welcome to the middle of the film.
It’s had to go some to make number 5 given it only opened on Dec 13th. 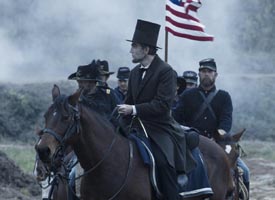 More Oscar winning stove pipe hats than have ever been put on the big screen.
Sequel also unlikely.

More Disney Princess based entertainment.
Also had to go some as it only started December 6th.

The film that even I would recommend in 3D. Staggering stuff.

And the wooden spoon for lowest seven day gross? The Fifth Estate. Shudders.

One of Britain's oldest purpose built cinemas. Kitted out with state of the art digital projection and stonking Dolby Digital in all three screens. First run films, live by satellite opera, ballet and concerts. Once a month we have live stand up comedy. It's like the TARDIS only with no flashing blue light on the top, although I could get one if it would make you come to the cinema more often.